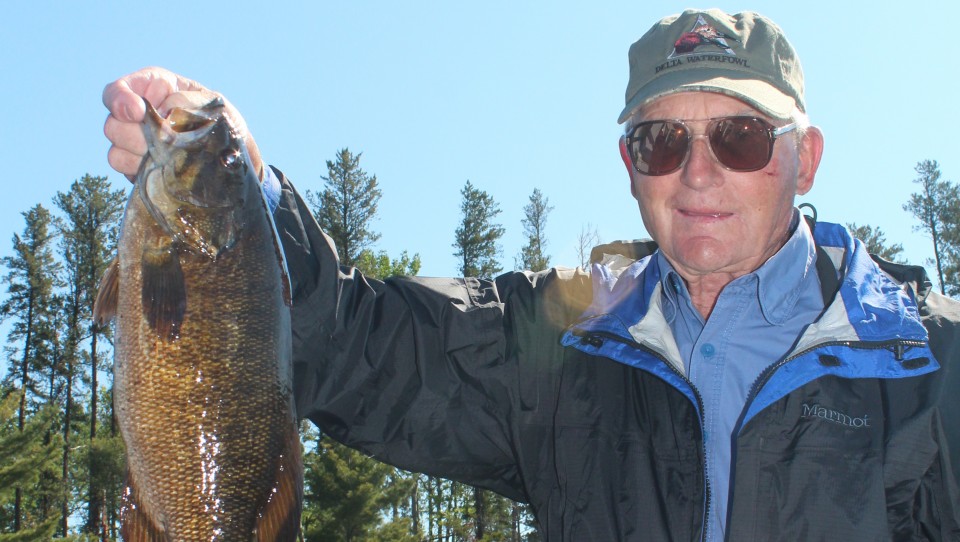 News | Comments Off on Pete Ankeny June 11 – 14
Pete’s trip marks the first exclusive fly fishing trip of the year.  The guides for the trip were Bill Dougherty, Jon Balaski and Kevin Erickson.  We fish strictly smallmouth bass with the accidental pike thrown in.  We were hoping to target bedded smallmouth bass since on the previous trip we had seen a few bass nests. 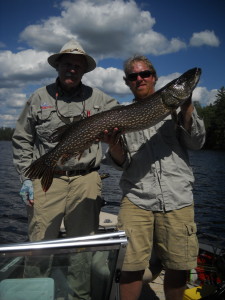 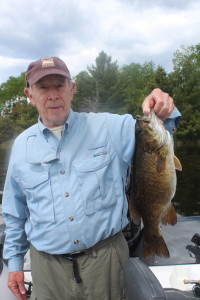 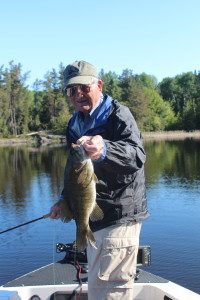 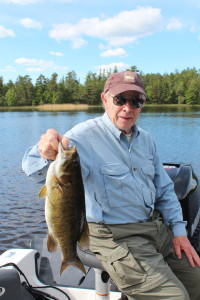 Wednesday, smallmouth bass started to bed heavily on shallow, south facing shores.  At times, the bass milling around the nests surrounded our boats.  They had no interest in feeding, though.  You could tell they wanted to spawn, but water temperatures or some other phenomenon was holding them up.  Further down the shore bass started to hit surface poppers.  Sometimes it was a slow rise to the fly and a subtle sucking the fly under; other times it was a hard smack.  During the afternoon the bass seemed to leave the spawning nests and moved very tight to shore.  The water level is about 1 ½ ft. higher than normal making the nests deeper and harder to see.  Yet, at the same time, allows bass to get quite close to the shoreline edge. 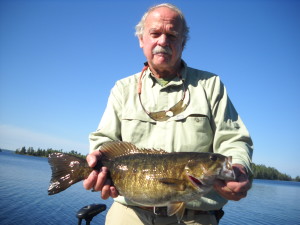 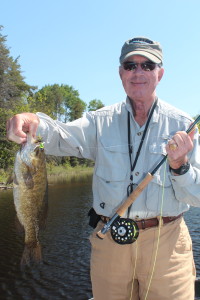 Thursday, the smallies cooperated really well taking poppers off the surface in nesting areas.  More nests were showing up as the day went on.  Even though bass were on or very near the nests they had not spawned and were not guarding the nest with their normal ferocious attitudes. 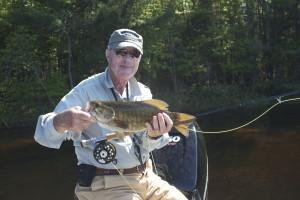 Introduced in the early 1900’s to Rainy Lake, every year is different in the life of these smallmouth.  They have the hardest time spawning of all the different species since they require certain water temperatures and a bottom content that contains rock, sand and gravel.  Unlike other fish in the lake the female smallmouth only mates with one male – not multiple males.  After spawning, the male stays on the nest fanning the nest and protecting it from minnows, crayfish or any other threats.  Normally, eggs hatch in 3-10 days –  the longer the time period the more stressful on the male smallmouth.
Although the bass were around nests but not actually spawning, it was a successful fishing trip.  They are probably spawning today and tomorrow.  There will be another fly-fishing trip starting on Thursday.  This afternoon we leave a walleye trip. 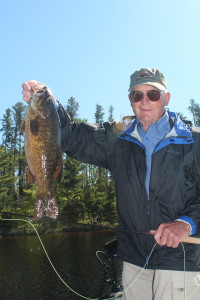